The world is waiting for Shudan Wang and Hollywood is calling the actress many believe is a future Bond girl.

Shudan Wang is a remarkable young woman. She left China to study economics at UCLA but along the way got the acting bug. She graduated last year with a degree in Economics and a minor in Theater. Of course, this child prodigy was destined to make it and make it big. Hollywood is calling what some in the industry say could be a future Bond Girl.

She has all the tools; looks, martial arts expertise, a trained classical pianist since age 4 and just enough of a rebellious streak to put the fear into James Bond. And she is highly intelligent. 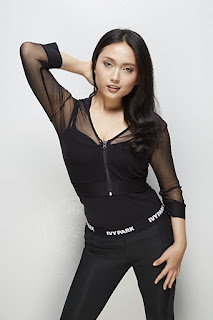 She spent 12 years in a Chinese boarding school in her home town not far from Shanghai.  Practicing four hours a day from age five, her piano playing got noticed. Entering competition after competition she consistently won top honors. Then it was martial arts, and dance which were both deeply spiritual for the young woman.

Always getting straight A's in school it was time to come to America and get a degree. During her time she was encouraged to try her hand at acting. She found out her smile got bigger when acting rather than computing numbers. 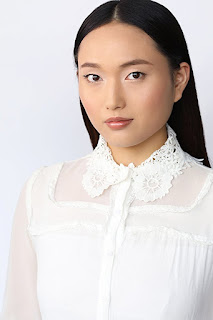 She is currently working and waiting on films now in Post Production and soon hopes to see her name spread across big screens world wide; especially in her native China. There her parents can get to see both educations they paid for. Join us for a wonderful and interesting interview.

March 31, 2018
Chris Montgomery Bender is the head of Prodigy Talent, a Hollywood Talent Agency and a former White House lawyer.

Chris Montgomery Bender likes to joke he’s on the third mortgage of his soul. He’s been:


Working in the George W. Bush White House was an experience he cherished and as he tells us “you never forget what it’s like to stand in the Oval Office no matter what your politics.” He got there right after …
Post a Comment
Read more

"Interesting People with Bob Brill" a podcast with Steven Geiger, founder of the Mensch International Foundation.

So what is a Mensch? It's the first question I put to Steven Geiger, the founder of the Mensch International Foundation. His answer simply, "its a German word meaning 'Human Being.'" In one of the most entertaining hour long podcasts we've done, Steven talks about being a Mensch and who is and who isn't in today's society, as well as how to become one.

And being a better human being is what the foundation is all about, and teaching younger people how to be a Mensch. It's also about the Holocaust. Steven is the child of Holocaust survivors, survivors of the death camps. Born in Hungary, he grew up in the United States and like so many in the community, feels people are forgetting about what happened, and like most in the com…
1 comment
Read more