Steve Miller operates GetDismissed, a company which helps you fight your traffic tickets.


Steve Miller, not the musician as he will automatically point out, is a man everyone either should or will come in contact with at some point in their lives. You see, he is the "go to guy" when you get a traffic ticket. He founded a company called “GetDismissed.”

When we sat down to talk with him for our Podcast; “Interesting People with Bob Brill” we learned first off, he really did want to become a rock star but the name was already taken. Who could compete with the Steve Miller Band? Miller, the traffic guy, loves to joke around about that. 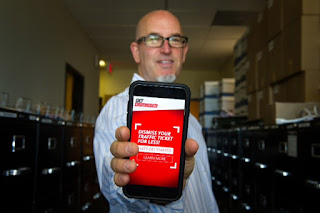 He started all of this when he realized there is a better way to deal with fighting your traffic ticket. And there are many ways to do it, but he teaches there is really only one way and it’s the easy way. For the nuts and bolts you’ll need to listen to the podcast but it’s safe to say you’ll want to investigate it further. 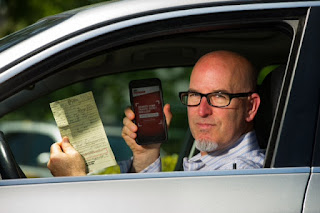 We talk about a lot of things on the podcast including the difference between getting a ticket for driving a red car versus a white car. And if you thought it was all bunk, guess again. Red cars are more likely to get a ticket than a white one, or any other color for that matter. You may want to turn in that Little Red Corvette, Prince inspired you to buy after listening to Miller.

So dial us up and check out the podcast “Interesting People with Bob Brill” which you can find on iTunes and many other APPS.

March 31, 2018
Chris Montgomery Bender is the head of Prodigy Talent, a Hollywood Talent Agency and a former White House lawyer.

Chris Montgomery Bender likes to joke he’s on the third mortgage of his soul. He’s been:


Working in the George W. Bush White House was an experience he cherished and as he tells us “you never forget what it’s like to stand in the Oval Office no matter what your politics.” He got there right after …
Post a Comment
Read more

March 11, 2019
Rene's Van and Storage in Los Angeles has been around for 85 years and moved presidents, mega stars and rock stars. The tales abound but not only that, average folks too. Maybe you. Some of the most interesting tales of the strangest and multi-million dollar items moved over the last eight decades. Tune in.


Marshall and Michelle Lambert
spend a lot of time looking up as you can see in the photos. Rene's (Marshall's grandfather) held this company business 85 years ago and it has become the "go to" mover and storage place for Hollywood's elite and political figures like LA Mayor Eric Garcetti, too. Ronald Reagan, Frank Sinatra, Clark Gable and even Marylin Monroe all used their services over the years. Million dollar paintings have been stored here, $100,000 pieces of furniture and more. The tales they have to tell are fascinating and you can hear it all at the podcast above on "Interesting People with Bob Brill."
Hear about t…
Post a Comment
Read more